I am unable to be in the studio this week. Rather than play an older show I am playing the last part of a documentary series made in 2004. The series “The Power of Nightmares: The Rise of the Politics of Fear” is a BBC television series by Adam Curtis. It mainly consists of archive footage, with Curtis narrating. The series was originally broadcast in the United Kingdom in 2004. It has subsequently been aired in multiple countries and shown at various film festivals, including the 2005 Cannes Film Festival.

The film compares the rise of the neoconservative movement in the United States and the radical Islamist movement, drawing comparisons between their origins, and remarking on similarities between the two groups. More controversially, it argues that radical Islamism as a massive, sinister organisation, specifically in the form of al-Qaeda, is a myth, or noble lie, perpetuated by leaders of many countries—and particularly neoconservatives in the U.S.—in a renewed attempt to unite and inspire their people after the ultimate failure of utopian ideas. Part 3, played on the show this week is called “The Shadows in the Cave”. Short synopsis:

The neoconservatives use the September 11 attacks, with al-Fadl’s description of al-Qaeda, to launch the War on Terror. The final part addresses the actual rise of al-Qaeda. Curtis argues that, after their failed revolutions, bin Laden and Zawahiri had little or no popular support, let alone a serious complex organisation of terrorists, and were dependent on independent operatives to carry out their new call for jihad. However, the film argues that in order to prosecute bin Laden in absentia for the 1998 U.S. embassy bombings, U.S. prosecutors had to prove that he is the head of a criminal organisation responsible for the bombings. They find a former associate of bin Laden, Jamal al-Fadl, and pay him to testify that bin Laden is the head of a massive terrorist organisation called “al-Qaeda”. With the September 11 attacks, neoconservatives in the new Republican administration of George W. Bush use this invented concept of an organisation to justify another crusade against a new enemy, culminating in the launch of the War on Terror. After the American invasion of Afghanistan fails to uproot the alleged terrorist organisation, the Bush administration focuses inwards, searching unsuccessfully for terrorist sleeper cells in America. In 2003, they extend the War on Terror to a war on general perceived evils with the invasion of Iraq. The ideas and tactics also spread to the United Kingdom, where Tony Blair uses the threat of terrorism to give him a new moral authority. The repercussions of the neoconservative strategy are also explored, with an investigation of indefinitely-detained terrorist suspects in Guantanamo Bay, many allegedly taken on the word of the anti-Taliban Northern Alliance without actual investigation on the part of the United States military, and other forms of “preemption” against non-existent and unlikely threats made simply on the grounds that the parties involved had the potential to become a threat. Curtis specifically attempts to allay fears of a dirty bomb attack, and concludes by reassuring viewers that politicians will eventually have to concede that some threats are exaggerated and others have no foundation in reality. He says, “In an age when all the grand ideas have lost credibility, fear of a phantom enemy is all the politicians have left to maintain their power.”

This week’s show is a little different. It is a mix of audio clips edited together featuring: part of “Hypernormlization” by Adam Curtis, the voice of Carl Sagan, JFK’s “Peace” speech, a clip from “Mississippi Burning” and Charley Chaplin’s speech in “The Dictator“. I hope you enjoy the journey. 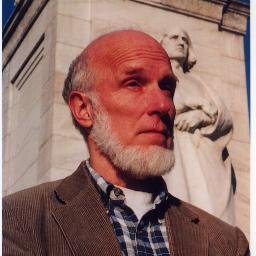 Jim Loewen taught race relations for twenty years at the University of Vermont. He is the author of many books, including The Confederate and Neo-Confederate Reader: The “Great Truth” about the “Lost Cause”; Sundown Towns: A Hidden Dimension of American Racism and Lies My Teacher Told Me: Everything Your High School History Textbook Got Wrong and Lies Across America: What Our Historic Sites Get Wrong. We will talk with him about the impact of myths of the Confederate past on the present and how those myths are part of the environment of places like South Carolina.

Selected quotes from The Confederate and Neo-Confederate Reader: “At its best, history embodies the triumph of evidence over ideology. Textbooks do not embody history at its best.”

“There is a reciprocal relationship between truth about the past and justice in the present.”

“Gradually, four key elements of neo-Confederate mythology emerged during the Nadir. First, slavery was good, and slaves liked it. (This was a throwback to arguments made in 1850.) Nevertheless, ending slavery was also good, because slavery was a burden on white planters. Second, the South seceded for states’ rights, or perhaps over tariffs and taxes, not for slavery. Third, during the “War Between the States,” Confederates displayed bravery and stainless conduct. They only lost owing to the brute size of the North. Conversely, slaves displayed loyalty to their “masters” during the war. Finally, and most important, during Reconstruction, vindictive Northern congressmen, childlike African Americans, and corrupt carpetbaggers and scalawags ravaged the prostrate South.”

Also read: Five myths about why the South seceded

is based in South Carolina.His books include co-editing Killing Trayvons: An Anthology of American Violence. and The Decline of Black Politics: From Malcolm X to Barack Obama. He posted the following on his Facebook page: “Some tried to chide me on issuing a call of sorts to white people about the environment that creates a Dylann Roof. Well, the Confederate flag, a flag of white supremacy flies on the South Carolina Statehouse grounds along with a statute of white supremacist ‘Pitchfolk’ Ben Tillman. Countless streets and buildings are named after Confederate heroes. The president of the College of Charleston routinely dresses up as a Confederate general and fights mock battles. And this is the same man who blocked putting a statute of Denmark Vesey on the Statehouse grounds calling him a murderer of white people. This is where we live and what is ingrained everyday in our psyche without apology. I’m against white supremacy and I apologize to nobody for being against it.”

Gray and his younger sister Valerie were among the first blacks to attend the local all-white elementary school in 1968.  Since then he has been involved in community organizing working on a variety of issues ranging from racial politics, police violence, third-world politics, race relations, union organizing, workers’ rights, grassroots political campaigns, marches, actions, political events. Gray is currently organizing the Harriet Tubman Freedom House Project which focuses on community based political and cultural education.

American Violence at the Intersection of Race & Class

South Carolina and its Confederate Flag