On The Monitor this week”

Loretta Napoleoni is the bestselling author of Maonomics, Rogue Economics, Terror Incorporated and Insurgent Iraq. She is an expert on terrorist financing and money laundering, and advises several governments and international organizations on counter-terrorism and money laundering. As Chairman of the countering terrorism financing group for the Club de Madrid, Napoleoni brought heads of state from around the world together to create a new strategy for combating the financing of terror networks.

Napoleoni is a regular media commentator for CNN, Sky and the BBC. She is among the few economists who predicted the credit crunch and the recession, and advises several banks on strategies to counter the current ongoing crisis. She lectures regularly around the world on economics, terrorism and money laundering.

From Loretta’s book The Islamist Phoenix

“For the first time since World War One, an armed organization is redesigning the map of the Middle East drawn by the French and the British. Waging a war of conquest, the Islamic State (IS), formerly known as the Islamic State of Iraq and the Levant (al Sham), or ISIS, is erasing the borders that the Sykes-Picot Accord established in 1916. The region where the black and golden flag of IS flies already stretches from the Mediterranean shores of Syria well into the heart of Iraq, the Sunni tribal area. It is bigger than the United Kingdom or Texas and, since the end of June 2014, is known as the Islamic Caliphate. “Caliphate” is the name given to an Islamic state led by a supreme religious and political leader known as a caliph, or successor to the Prophet Muhammad – the most famous being the Ottoman Caliphate (or Empire), which began in 1453 and lasted until the dissolution of the Caliphate and expulsion of the last caliph, Abdulmecid, at the hands of Kemal Ataturk in 1924.

Many believe that the Islamic State, like al-Qaeda before it, wants to turn back the clock, and indeed in Western media Syrian and Iraqi refugees describe its rule in their countries as a sort of carbon copy of the Taliban regime. Posters forbid smoking and the use of cameras. Women are not allowed to travel without a male relative, must be covered up, and cannot wear trousers in public. The Islamic State seems also engaged in a sort of religious cleansing through proselytism: people must either join its creed, radical Salafism; flee; or face execution.

Paradoxically, to deem the IS essentially backward would be mistaken. Indeed, during the last few years the belief that Abu Bakr al-Baghdadi, the group’s leader and the new Caliph, is a clone of Mullah Omar may well have led Western intelligence to undervalue him and his organization’s strength. While the world of the Taliban was limited to Koranic schools and knowledge based upon the writings of the Prophet, globalization and modern technology have been the cradle of the Islamic State.

What distinguishes the Islamic State from all other armed groups that predate it, including those active during the Cold War, and what accounts for its enormous successes, is its modernity and pragmatism. So far its leadership has understood the limitations that contemporary powers face in a globalized and multipolar world – for example, the inability to reach an agreement for foreign intervention in Syria, as happened in Libya and Iraq. Against this backdrop the Islamic State’s leadership has successfully exploited the Syrian conflict, the most recent version of the traditional war by proxy, to its own advantage almost unobserved, drawing funds from a variety of people: Kuwaitis, Qataris, Saudis, who, seeking a regime change in Syria, have been willing to bankroll several armed groups. However, instead of fighting the sponsors’ war by proxy, the Islamic State has used their money to establish its own territorial strongholds in financially strategic regions, for example in the rich oilfields of Eastern Syria. No previous Middle Eastern armed organization has been able to promote itself as the region’s new ruler with the money of its rich Gulf sponsors. 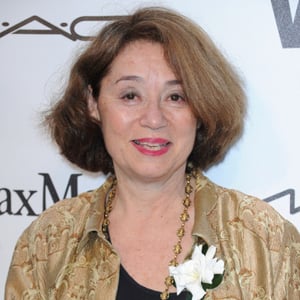 Judith Ehrlich is a producer and director, known for The Most Dangerous Man in America: Daniel Ellsberg and the Pentagon Papers (2009), The Good War and Those Who Refused to Fight It (2000) and Untitled Film on World Citizen # 1 Garry Davis (2015).She is the director of the just-released short documentary “The Invisible Man: CIA Whistleblower Jeffrey Sterling.” She just wrote the short piece “On Jeffrey Sterling: From the Filmmaker of ‘The Invisible Man’,” which notes: “Jeffrey Sterling was convicted in large part on the basis of metadata — not the content of his communication.”

This is a story with shocking elements. While most of us don’t quite understand what metadata is exactly, this case reminds us it’s time to get a grip on that. In fact Jeffrey Sterling was convicted in large part on the basis of metadata — not the content of his communication. That is, they don’t have to know what he said, just that he talked to or emailed  the New York Times reporter who leaked news of Operation Merlin to which Jeffrey was assigned while a CIA case officer. And that metadata, the where, when and whom is not protected as the conversation might be.

The most shocking element of this story is that  Jeffrey Sterling seems to be punished because he “pulled on Superman’s cape” first with a racial discrimination suit they were able to squash and then by reporting what he considered a dangerous CIA operation to the proper government channels for hearing such a concern.

I wanted to make a film that captured this couple’s deep commitment and belief in one another in the face of a decade of Kafkaesque uncertainty at the hands of the CIA. Ellsberg followed the same initial trajectory as Sterling, going to Congress with his concerns about the Vietnam War and being ignored by the oversight committees. CIA veteran Ray McGovern calls them “overlook committees.”

I was thrilled to collaborate with Norman Solomon and Expose Facts to reach an audience with this story that exposes deep problems in our justice system.